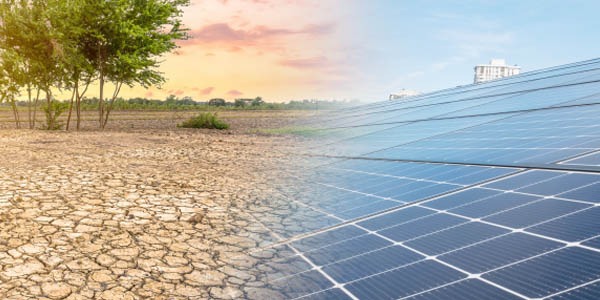 We all know that climate change is real and is getting worse every year. With weather conditions getting irregular and extreme every year, climate change is more evident than ever. Understanding the seriousness of the issue, the majority of the population has now come forward to create an impact and act against global warming and climate change. Many individuals, government bodies, and organizations have come forward to develop a sustainable future by either supporting a cause or initiating sustainability projects. However, with more than ten environmental hazards happening every year, we need to work on developing a sustainable future faster than ever. With advanced technology and resources, various alternatives and measures are available to reduce the impacts of climate change.

This article will emphasize on the impacts of climate change and how encouraging renewable sources of energy like wind, hydro, and solar installation can help the world move towards sustainability.

First, let’s discuss about the impacts of climate change to justify the urgency of solutions before we talk about preventive measures and every country’s contribution to reduce its impacts. According to Indian Meteorological Department (IMD), extreme weather conditions such as floods and cyclones have claimed approximately 2400 Indian lives between 2018 and 2019. Also, reports suggest that these events are increasing in both frequency and intensity.

Additionally, statistics also reveal that average temperatures around the world has risen by 1 degree Celsius between 2009 and 2018. While this number might seem small, the last time such a change was witnessed between 1950 and 1980. This means climate change is approximately happening three times faster than before.

While we all know that all these environmental issues are man-made, there are many alternatives available to rectify the mistakes. With electricity generation from burning fossil fuels being one of the major factors to cause global warming, generating power through renewables sources of energy can drastically reduce carbon emissions. Records suggest that world’s 25% carbon emission is created by burning fossil fuels for energy generation.

To understand how renewables can tackle this situation, we will refer to our calculations made in our previous article on solar savings. The article states that a 133kW solar installation can potentially reduce annual carbon emissions by 107730kg/year which is also equivalent to planting 2660 trees.

There are two benefits of going solar. First, it reduces carbon footprint which helps the environment. Second, it reduces health hazards caused due to air and water pollution. While change is happening at an exponential rate, solar is also the most economical renewable source of energy. Additionally, they require less space as compared to hydroelectric setups. Since it is readily available almost everywhere and also getting cheaper every year, many applications have been developed around solar energy. You can visit our article on solar applications to know more.

Another impactful project initiated by the Indian railways is to switch all diesel-run engines to solar by 2025. The projects have already been implemented in the north-east and eastern regions of India. With more than 200 Indian railway stations already running on solar energy, this is a big step towards sustainability considering Indian railways having the 4th largest train network in the world. Converting all diesel-run engines to solar can reduce carbon emissions caused due to transportation drastically.

As mentioned, climate change is growing at an exponential rate and promoting renewable sources of energy like solar is paving way for advancement in new renewable technology and early adoption. While renewables are reducing carbon emissions in power generation, they are slowly moving into other sectors like transport which is also one of the core climate change problems. Go solar, wind or hydro to make an impact. To stay updated on the power of solar, visit us next time for more knowledge sharing articles.

previousWhat is solar savings? What is ROI of using solar power?