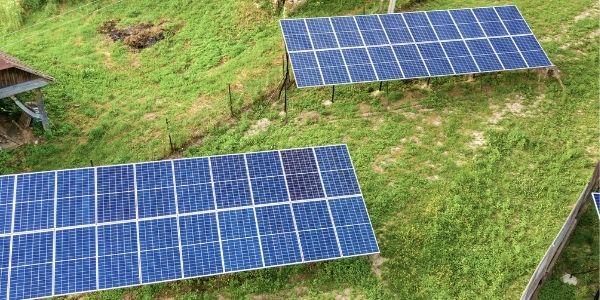 R.K. Singh from the MNRE (Ministry of New and Renewable Energy) recently claimed that more than 3 lakh houses have benefited from off-grid solar installation in the Lok Sabha. The launch of the program SAUBHAGYA in 2017 has claimed to affect many households. The program that was initiated to offer household electricity to both rural and urban communities where grid connection is not feasible.

Since the launch of the program, 2.63 crore houses have been electrified of which the program has said to electrify 3 lakh houses with off-grid solar pv systems. The government had invested approximately Rs. 2937 crores in the last three budgets beginning from the financial year 2016-17 to 2018-19.

The success of the previous phases has allowed MNRE to extend the third phase. Under this phase, it aims to offer solar applications on areas where power is inconsistent or unavailable. Applications such as solar lanterns, study lamps, solar streetlights, etc. would be covered under this program. To ensure the quality standards are met, the MNRE has issued a specifications of lithium battery that would be used on off-grid solar applications.

Indian Oil are planning to go ahead with a 2.75 MW ground solar installation at their LPG bottling plant in Trichy. They have invited bids and are looking for solar integrators that could not only offer the Engineering, Procurement, and Commissioning (EPC) but also Operations & Maintenance (O&M) for 1 year. Based on performances in the first year, Indian Oil will decide whether to extend the O&M contract for the next 4 years.

Indian Oil has also specified that only monocrystalline and polycrystalline solar panels can be installed, and that no module’s peak power should not generate less than 300 W. They also require the project to be completed within 21 months which includes 9 months of time allotted to commissioning the solar PV systems. Interested bidders would require submitting an amount of ₹960,000 as Earnest Money Deposit (EMD).

Korean Aerospace Research Institute (KARI) developed a solar-powered Electrical Aerial Vehicle (EAV-3). The drone completed 53 hours of flight which included 16 hours of flying at a height of 12-18 kilometres in the stratosphere for 16 hours. In previous developments, the drone has only survived to fly for 90 minutes in 2016.

The KARI explained in the press release that the EAV-3 would execute different activities such as real-time image transmission, communication relay, procurement of ground observation, and atmospheric data. The drone would also monitor real-time illegal fishing and notify natural disasters.

KARI has asked Korean Industries to collaborate to help them develop high performance batteries and lightweight structure technologies that could improve the flight time on high altitudes. The enhanced communication performance of the technology helps receive real-time high definition images from distances of up to 50 kilometres.

The Indian railways has decided to go solar completely by 2023. As mentioned previously by the Indian Railways, they aim to convert their unutilized lands to develop 20 GW solar projects.

Working towards their vision, they have announced that 960 railway stations have already gone solar to meet their power requirements. Additional 198 MW for 550 stations are still under pipeline. Some stations that are running on solar electricity are New Delhi, Old Delhi, Secunderabad, Hyderabad, Jaipur, Varanasi, Kolkata, Howrah, Guwahanti to name a few.

The September activities show that the solar industry have resumed services post COVID and are making up on lost time. Visit us next time for the next rundown.