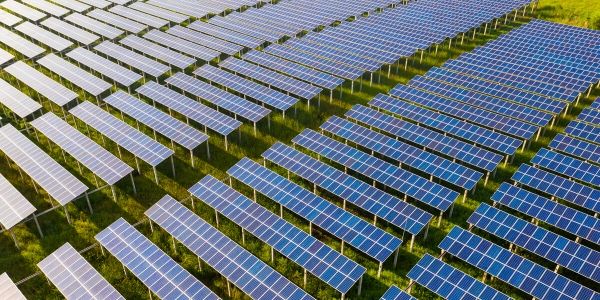 International Solar Alliance (ISA) aims at powering 47 million households with 20 GW solar park. Mr. R. K. Singh, Union Power Minister and the President of ISA announced the launch of eight new innovative initiatives. Some of the important initiatives will help develop technician’s solar PV skills, make solar bankable, developing solar projects in Small Island Developing States (SIDS), and Least Developed Countries (LDC). Another key initiative was to initiate a global bid for providing solar electricity to 47 million households by offering solar PV systems. This project is proposed with an action plan of developing 20 GW of solar parks.
The alliance is an Indian initiative jointly launched by Prime Minister Narendra Modi and former French President Hollande. Launched on 30th November 2015 in Paris, it is a coalition of solar rich countries addressing the energy needs of other countries. Previous initiatives by the ISA have allowed them to collaborate with the Commonwealth of Nations to expand solar electricity consumption in Commonwealth member countries. ISA has also collaborated with the University of Birmingham to help farmers benefit from solar technologies.

The West Bengal Electricity Distribution Company (WBSEDCL) has floated tenders for a geotechnical investigation to understand the soil resistivity for a proposed 200 MW solar installation project. Located in Purba Medinipur district, these projects are estimated to cost ₹2.3 million. It is divided into two phases, 125 MW for the first and 75 MW in the second.

The Power and Electricity Department (P&ED) of Mizoram have floated two tenders this week. The first tender is for a 10 MW on-grid connected solar PV projects at multiple locations in the state. The project is stated to be developed on a Build-Own-Operate (BOO) basis. As per the documents and bidder qualifications, interested solar providers can apply for a minimum of 5 MW per location. International solar developers are also welcomed to participate in this tender.

The P&ED recently floated another 500 kW tender for the residential segment. The scope of work includes design, manufacture, testing, supply, installation, and commissioning of rooftop solar installations in the state. The project will be built under the CAPEX investment model.

Amidst the pandemic outbreak, Indian tender activity has declined by 45% in comparison to March 2020. In comparison to the 8 GW solar projects announced in March, only 3.6 GW projects were announced in April 2020. However, April has significantly higher number of auction activity with 2 GW compared to March’s 350 MW solar installations.