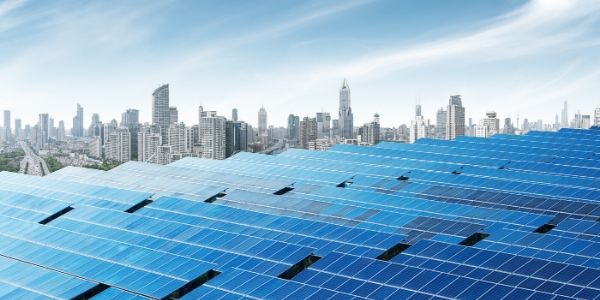 With the lockdown extended till 3rd May 2020, the Ministry of Home Affairs has allowed certain operations to be functional to keep the economy running. All renewable energy projects including wind and solar installation have been resumed even with the availability of the workers doubtful. With no public transportation, the Ministry has requested all constructions be resumed with the help of local workers. The Ministry has also stated that all railways and airports will be allowed to ship essential components required to complete the project. Power is an essential service, the government has confirmed that the generation, transmission, and power distribution at the center, and UT/state levels will remain functional.

The secretary of MNRE recently announced that every state and port in the country is expected to identify 50 to 500 acres of land in size to set up renewables manufacturing and export services. With the pandemic taking a massive toll on the Indian wind and solar providers. The government bodies are taking such initiatives to boost the struggling sectors. Many industry stakeholders came forward in support and applaud the move taken by the government.

The secretary separately announced that the MNRE is willing to offer full support to all wind and solar providers who intend to expand or set up their solar manufacturing or export hub. The announcement came after MNREs decision to implementation of the Approved List of Models and Manufacturers (ALMM). With many of the manufacturers showing their unhappiness towards the harsh fee structures which is obstructing technological innovation, the government has extended the implementation dates to offer their support during these tough times.

According to China’s National Energy Administration (NEA), the country had nearly 204 GW of solar installation by 2019 including 141.67 GW of utility-scale installations. According to the reports shared by the Asia Europe Clean Energy (Solar) Advisory Co. Ltd.(ACEA) 32 provinces, municipalities, and autonomous regions that fall under the central government installed 10 GW each.

The ACEA further states that China transformed the solar market in 2019 by switching from a complete subsidy-driven market to a complete subsidy-free market by 2021. China was also expecting a positive start in 2020 with encouraging policies. However, the pandemic outbreak has disrupted the whole value chain and crippled the solar industry in China. Preliminary reports suggest that 4 GW new solar installations were deployed during this period. Recent developments state that since the beginning of March many provincial governments have released their respective solar policies and targets.

Toyobo Corporation Limited with the French government research institute, CEA has come up with the prototype organic PV (OPV) small cells on a glass substrate which offers high-level efficiency even in a low light area. Toyobo proposes all solar manufacturers to use the latest technology. During the trial, these OPV modules were placed on a lightweight and thin polyethylene terephthalate (PET) film substrate.

The OPV cell is a solar cell that has been coated by organic power-generating materials. These include sulfur and carbon atoms on a plastic or glass substrate. The cell is flexible to be shaped according to the surface fitment. Currently, the experiment reveals that the solar cell has achieved a 25% efficiency in a dark room which is 60% higher than amorphous solar cells which are commonly used for desk calculators. With the demand for wireless power sources for wearable devices growing, the future for this technology seems to be bright.

Visit us next time for a new rundown.