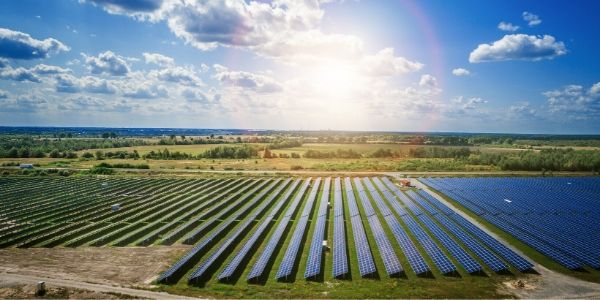 The Tamil Nadu Electricity Regulatory Commission (TNERC) has gone ahead with the procurement of 500 MW solar electricity plan from the Solar Energy Corporation of India (SECI). Both parties have agreed to pay ₹2.78/kWh for the procurement which will also help meet Tamil Nadu Generation and Distribution Corporation Limited’s (TANGEDCO) solar renewable purchase obligation (RPO).

The Ministry of New and Renewable Energy (MNRE) recently came forward to state that Tamil Nadu needs 9 GW of solar electricity to meet its solar purchase obligation in FY 2021-22. Tamil Nadu has already installed 3.6 GW generating solar PV systems as of Q1 2020. However, reports suggest that Tamil Nadu still lag by 5 GW of solar power in the target set by the MNRE to achieve in the next two years.

Couple of months back, the Tamil Nadu Electricity Regulatory Commission (TNERC) issued a consultative paper to distribution licensees for procuring solar energy. The consultative paper issued by the commission proposed allows the procurement of solar power by distributing licensees through a competitive bidding process following all central government guidelines. It can also be procured from the projects contracted through SECI’s competitive bidding process to comply with the target of renewable purchase obligation.

The Andhra Pradesh cabinet has agreed to develop a 10 GW solar farm that would benefit the farmers of the state. The project is estimated to generate nine hours of solar electricity every day establishing an Integrated Renewable Energy Project (IREP). Information and Public Relations Minister Perni Venkataramaiah stated that the IREP has multiple renewable projects under pipeline which includes additional 1200 MW hydropower, 1000 MW solar power, and 500 MW wind power.

The IREP is estimated to add ₹320 million in revenue through the green energy development charge. The 10 GW solar farm will generate free power and act as a permanent energy solution to the farmers in the state. It also reduces the government’s subsidy costs, as the state incurs more than ₹100 billion to meet the agricultural subsidy demands.

The state government is in plans to form an Andhra Pradesh Green Energy Corporation Limited (APGECL) that will be responsible for the installation and maintenance of such renewable projects. The APGECL would be formed as a subsidiary to the Andhra Pradesh Power Generation Company Limited (APGENCO). All costs incurred by APGECL will be paid by APGENCO until APGECL generates income and reimburses them.

Maruti Suzuki recently invested ₹200 million to commission a 5 MW solar carport project in Gurugram. The solar PV systems installed is expected to offset 5,390 tons of carbon emissions annually while generating 7,010 MWh power. The panels will be installed on the carports of the Gurugram facility and meet the demands of the same. The organization previously did the same in its Manesar facility and upgraded it to 1.3 MW later. Witnessing the benefits of switching to solar, Kenichi Ayukawa, MD & CEO committed towards sustainable manufacturing and self-sufficiency in many of their facilities.

The Ministry of New and Renewable Energy (MNRE) recently addressed users regarding the rise in number of fake websites duplicating as the registration portal for the Pradhan Mantri Kisan Urja Suraksha evam Utthaan Mahabhiyan (PM-KUSUM) program.

The Ministry has warned that these websites have duplicated the portal and tricked people into capturing private data through fake registration processes. This is not the first time the Ministry has tried to warn people of such hoax websites. The Ministry has issued circular advising beneficiaries and users to neither pay any registration fees nor provide private information.