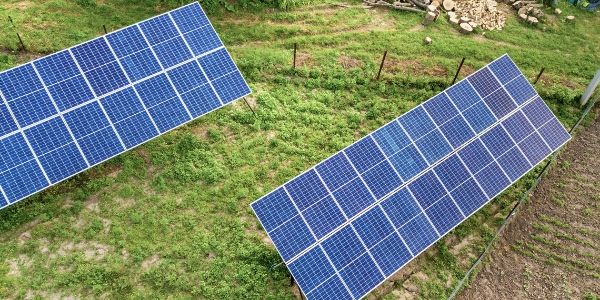 With around 1,050 MW of open access solar installation projects being allocated to the state, the MNRE has asked the government to honor all the allocations made to the solar parks and projects and treat them as sacrosanct. This decision was made after one of the solar providers from the state raised their concern of open access projects being canceled due to constant updates in regulations. These newly imposed conditions lead to considerable losses for developers allowing them to cancel ongoing projects.

The letter of concern states that the hurdles created by the state DISCOMs and lack of support from the government are not only losing the investor’s money but also their confidence to invest in such projects. These lose include costs like land acquisition, infrastructure, and components. The letter further states that with DISCOMS were taking advantage of their position and denying signing for the connection agreement of Long-Term Open Access (LTOAs) to solar power parks and projects allocated by the Haryana VidyutPrasaran Nigam Limited (HVPNL).

In support of the solar providers, MNRE has states that all contracts need to be honored and sacrosanct once signed. The backing of MNRE has resolved the growing concern of solar providers in Haryana as they look hopeful towards the state taking positive decisions by honoring the project allocations. Reports suggest that Haryana has 82.8MW projects under operation and 425MW projects in the pipeline.

The MNRE has extended the third phase of off-grid decentralized solar PV systems till March 31,2021. The program aims to offer solar-powered applications in areas where grid power is not reliable or available. After launching the third phase on August 7, 2018, it was slated for financial years 2018-19 and 2019-20.As per the Ministry’s updated notice, all government agencies will continue to implement the program as per the guidelines and amendments.

The program is said to offer lighting solutions to rural homes and streets that receive unreliable or no power. Applications such as solar lanterns, study lamps, solar streetlights, and other solar PV projects are under the program. While the other two phases achieved a combined solar installation target of 700 MW, the third phase is estimated to target 118 MW solar installations.

The GBI program was introduced by the MNRE to promote off-grid solar installation projects. The program has been deferred after KSEB filed a petition to extend the validity of the order for a period of two years. The 1,000 MW solar project includes 500 MW rooftop solar installations with 200 MW ground-mounted solar, 100 MW floating, 150 MW solar park and 50 MWcanal top solar projects. The commission has temporarily decided to defer the program till the GBI is re-examined and agreed upon. The KSERC has therefore asked KSEB to send a proposed plan to resolve this issue as soon as possible.

MNRE directs all stakeholders to comply with ALMM order

The MNRE has reiterated that all stakeholders, including PV cells module manufacturers, solar providers, developers, procurers, and agencies should align their activities as per the ALMM (Approved Lists of Models and Manufacturers) order issued in Jan 2019. The notice especially applies to banks and financial institutions that are involved in lending to the renewable energy sector. Amidst the pandemic outbreak and understanding the lockdown situation, the MNRE has announced that the implementation of ALMM has been extended for six months. The MNRE had initially issued the ALMM to protect the consumer’s interest and ensure the reliability of solar PV manufacturers.

Visit us next time for a new rundown.