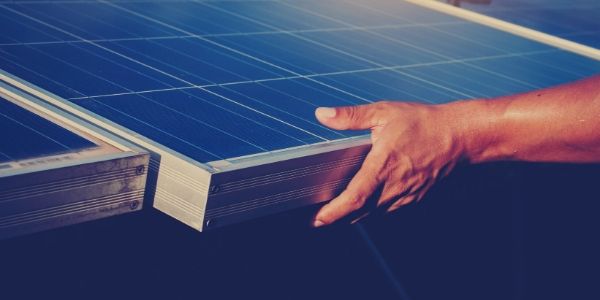 The Ministry of New and Renewable Energy (MNRE) have drafted guidelines for the installation of innovative solar pumps. Currently, the MNRE are open towards feedback and suggestions from stakeholders. The last day of submitting all opinions is April 15th. The draft proposes an expression of interest (EoI) for all solar providers to offer innovative applications that can help the pumps perform better in terms of efficiency, cost, and monitoring.

These innovative applications will be evaluated by an evaluation committee appointed by the ministry. The draft also states that the solar provider may be requested by the committee to test the performance of the pump at the National Institute of Solar Energy (NISE)or any other National Accreditation Board for testing and calibration Laboratories (NABL)before commissioning such pumps in field. The innovator will also need to submit a test report along with all the application that have been tested earlier. For projects under development stage, the pumps would be tested in consultation with the innovator and NISE.

The draft also states that solar providers will only be allowed to commission up to 50 pumps in different parts of the state or country for demonstration purposes.

The Commission stated that only open access consumers will be charged the fixed cost to recover the stranded capacity. Other consumers won’t be charged to avoid burdening them with unfair surcharges. Additionally, the MSEDCL has proposed three levels of wheeling charges namely extra-high voltage (66 kV and above), high tension (combined charges for 11,22, and 33 kV) and low-tension level.

Considering the current pandemic situation, the commission has acknowledged thetariff changes by suspending meter reading and physical bill distribution. Also, utility companies were asked to issue bills on average energy consumption basis until the crisis subsides.The commission has suggested to put a moratorium on thepayments of fixed charges of the electricity bills by industrial, commercial, and consumers to offer relief towards consumers during this lockdown.

Solar Energy Corporation of India (SECI) has invited bids for 15 MW floating solar projects in Telangana. The projects will be implemented in two different sites, a 10 MW at a storage reservoir and the other in the customer’s premises. The scope of project involves complete EPC including design, engineering, construction, supply, testing, and commissioning of the project. With the project capacity being huge, SECI is only accepting bidders that have 10 years of O&M experience and have already commissioned more than 8MW solar projects.

Visit us next week for a new rundown.